“It is unwise to jump to the conclusion that every difference found between organizations in different countries is due to culture.”

Mergers and acquisitions (M&A) have long been a popular strategy for firms and represent an important alternative for strategic expansion. The increasing globalisation of business has heightened the opportunities and pressures to engage in cross-border M&As and escalated the value of takeovers above the $3.33 trillion-record set in 2000(Economist 2006) reporting 2007 “the greatest ever merger wave” (Economist 2008). However, the pursuit of cross-border M&As is not without challenges – research shows high failure rates for acquisitions. A considerable proportion of the literature appears to be based on the assumption that differences in cultures, whether national, corporate or professional, exert a destructive impact on alliance performance, creating “a national mosaic rather than a melting pot”.( Weber, et al.: 1996) 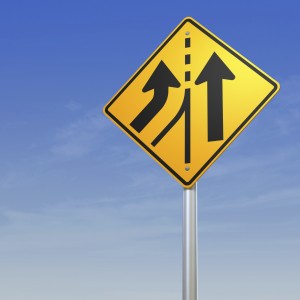 Yet, Fedor and Werther argue that “differences in company cultures, just as differences in personalities and national cultures, can undoubtedly be complementary rather than conflicting” (Fedor/Werther: 1995). Thus, if cultural dissimilarities between the parent and subsidiary do not necessarily lead to clashes, what elements moderate the relationship between cultural heterogeneity and organisational conflict? What determines alliance success? Do cultural differences make a business difference? Aiming to address the above questions, a case study of a post-acquisition collaboration between a small entrepreneurial English firm and a German multinational conglomerate is examined. The findings indicated that the core of the problems was not culture-bound and that contextual factors played a critical role in determining the smoothness of the integration and the success of the partnership.

To begin with, the difference in size of the two combining firms, in addition to the headquarters’ deeply entrenched belief of power and superiority, accounted for many clashes in the initial stages of the collaboration. The British one, being a small entrepreneurial firm run by one “charismatic leader” suddenly had to subordinate to a German massive multinational enterprise with over 400 offices around the world.

Second contextual contributor to reactions of the subsidiary was loss of autonomy and independence which evoked feelings of vulnerability and, as a result, might have led to negative attitudes toward the acquisition and affected commitment and cooperation. Some employees in both firms preferred maintaining the old way of doing things and, therefore, might have resisted adopting the other firm’s practices.

Another element affecting the quality and nature of communication could lie in the subsidiary’s failure to meet the financial objectives. Deteriorating performance tends to induce feelings of frustration, shifting of blame and reduced trust. It appeared that as soon as the profit targets were not achieved, the subsidiary became marginalised and its poor performance was disapproved of. Recognising the headquarters’ knowledge and expertise, it was assumed that appropriate training would take place. However, the guidance and support provided was not sufficient. The parent company clearly failed to voice their expectations and did not show commitment to, or interest in the new acquired business. Therefore, lack of involvement and problem-solving skills constituted yet another contextual factor that impeded the consolidation of the integration.

Subsequently, an obvious explanation for many misunderstandings that emerged in the integration process was the absence of open communication and mutual respect which exacerbated the problems. Although the business partners displayed genuine willingness to cooperate in the early stages of the alliance, the lack of an effective communication plan and clear integration measures led to serious misunderstandings which created a climate of mutual distrust. Proper feedback and liaison is critical to developing trust and ensuring a successful partnership.

The exchange of managers and specialised personnel would further contribute to creating social networks and maintaining close rapport. It is common knowledge that in the pre-alliance phase the interaction between the partners is limited to contact among senior executives. Apart from the initial due diligence process and preliminary negotiations, the two parties had few opportunities to develop a relationship. All study respondents were unanimous that staff exchange and more frequent face-to-face meetings between the subsidiary and the headquarters were crucial to forging the much needed bond in the alliance.

Integration is an enormous task which requires patience and devotion. It will not happen overnight – passage of time is primordial for bridging all the gaps encountered in the alliance operation. Time reduces anxiety and mistrust, replaces stereotypes with sensitivity, fosters willingness to discuss issues and solve conflicts.

Mergers and acquisitions are associated with a large-scale and often sudden organisational change. They have thus come to represent a challenge par excellence. No matter how hard they try, even the most astute directors cannot anticipate all the issues and obstacles that are likely to emerge from cross-border collaboration. However, if flexible, open-minded and interpersonally competent they can overcome them by promoting open communication and creating an atmosphere of mutual respect and tolerance, which should be the ultimate goal of all alliances.

Cultural diversity seems thus to be a residual category to which people attribute problems in the absence of a supportive context. However, cultural dissimilarities do no automatically cause tension. Yet, when clashes do appear – often due to situational factors operating behind the scenes, such as lack of open communication, inflexibility or poor performance – people blame many of the difficulties that they encounter on their colleagues’ nationality or culture, rather than to the context within which these problems occur. This view is also supported by the theory of “fundamental attribution error” – “a tendency to attribute one’s own behaviour to the situation but others’ behaviour to their ‘character’”(Ross: 1977).

While mergers and acquisitions generally create considerable stress and tension for organisational members, the conflicts and misunderstandings as well as organisational and management problems that are likely to arise in intercultural interactions can be attributed to situational factors, such as the size of the combining companies, resentment at subordination, financial failure, lack of communication and mutual respect, or the absence of problem-solving skills rather than cultural differences.

Lucyna Bolin, author of this article in the intercultural business journal “Plattform” (01/2012) is currently working as Learning and Development Consultant in Germany. She taught Intercultural Communication as well as General & Business English at Brunswick University of Technology, Germany. She graduated in “Cross-Cultural Communication for International Business” at the University of London with her master thesis “In search of Cultural Differences: Anglo-German Management Communication in the Context of Post-Acquisition Integration”.

Lycina Bolin lived and worked in Poland, USA, Spain, England and Germany inter alia for Bosch, Bertelsmann and Universal Music Group. She is fluent in English, German, Spanish and Polish.

Powered by WordPress and WordPress Theme created with Artisteer.